Hi Dyce Kimura offering Miami rock voice lessons.  Today we’re going to have a look at a topic called voice registration – it can be a tricky subject to discuss, but it’s something that you’ve already probably been talking about inadvertently when you’ve used language like, chest voice and head voice. Let’s unpack it today and understand a little bit more in depth about the way your voice mechanically works.

Miami rock voice lessons is where I develop your voice and improve your sound because I believe every voice deserves to be heard.  Now, today, as I said we’re talking about a thing called voice registration and voice registration can be… Well, up front, it sounds like a very complicated kind of thing and what most people have done is it talk… sort of reduce voice registration down into two categories, chest voice and head voice. And on the surface of it that’s fine, you know, chest voice is low and head voice is high, but what happens if I’m singing… So this is a chest voice [singing] ah, and this is a head voice [singing] ah, but what happens if I sing [singing higher] ah, it’s the same note, up there in my head voice is that a chest note in my head? We start to… that language of chest and head starts to break down. 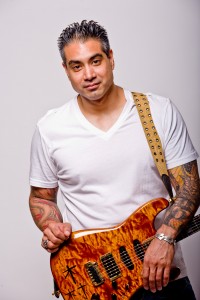 To start with, let’s attend to this register here call pulse, pulse is the register that we can create when we sing in a creaky voice, you can feel the vocal cords are pulsing, they are coming together, but they are not quite creating clean tone, give that a go and feel that creaky door kind of sound and this one down here, a little bit later we’ll talk about it a little bit more, this is what we referred to as an effect register. This one up here, flute or falsetto, the reason we distinguish between the two is because flute register… Have you ever noticed that women when they’re singing upright up in what some people call their whistle tone – Mariah Carey or Debela Morgan are great examples of this, they never actually use lyric up there. This is not a typical Miami rock voice lessons topic, once again, there’s always an exception to the rule, but for the most part, you generally only hearing open valves on an ah or an will E and it’s never an articulated lyric; whereas, with guys [singing] I was with you, that lyric – you’re able to sing lyric up here in the falsetto region and so we distinguish between the two. That being said, it’s still the top level register for guys and for girls, flute and falsetto.

Now, once again, all we’ve got here is low to high, and this shifts depending on the singer. Now, if that’s not enough what we’ve actually got to do is add some stuff and what I’m going to do here is I’m going to try and add. So what we’ve now got is we’ve got some stuff sitting external to the registration to the registers, the high to low; what are these lengtheners and shorteners? Well, they are actually referred to muscles and the shortener muscles, and I hopefully can show you in here in Miami rock voice lessons the shorter muscle is this muscle running here called the Thyroarytenoid muscle, the TA muscle and its job is literally to shorten the vocal folds. The lengthener muscle is actually couple of them, you’ve got your Cricothyroid muscles and then at the back we’ve got our Cricoarytenoid muscle and they literally – I can show you here on the screen- they literally elongate vocal folds.

So there are these two muscles here and they are in a constant tug-of- war, they work in a not dissimilar fashion to your bicep and your triceps, they are working with but against each other. If I want my arm to raise, my bicep contract and my tricep retract, it actually let’s go, but then if want to extend my arm my tricep has to engage and smite bicep have to retract, it’s has to release and the tricep pulls the bicep out of its activity and the same relationship is happening with your lengtheners and your shorteners. And so what we have here is this dominance, this activity where one muscle can be more dominant than the other and so when we talk about for example, our lower register, that’s a lower register note, now that is what we referred to as a shortener-dominant lower register now. If we go into my upper register, that would be what is referred to as a lengthener-dominant note in my upper register, but if I go, what we’re going to get is a shortener-dominant upper register note and equally if we come down, we start to hear a lighter tone that’s a lengthener-dominant lower register note. 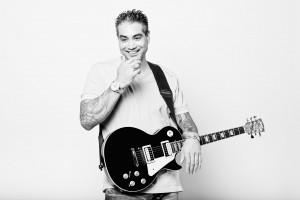 You’ll notice here I’ve written in 60/40, these are purely guesstimates and that is the moment that we’ve reached these points of 60% dominance of the lengthener we refer to it as a lengthener-dominant in Miami rock voice lessons.  You’ll also notice I’ve written 100 and 100 just here and the reason for that is for your voice to be in a pulse register [creaky voice] ah- that has to be 100% shortener activity, your lengthener muscles have to be completely let go, there is no lengthener activity down here whatsoever, the exact opposite is true of your flute and your falsetto register [singing] if I want to sing up high, my shorten our muscles have had to completely disengage, there is no shortener activity up here at all, it is 100% lengthener.

So what would we then call, for example, if I’m in my upper register what about in between in Miami rock voice lessons?  Well, some people call it mixed, some people call it balance – mixed will do, and that’s basically a 50/50 mix between the two, it’s where the muscles have equal activity going on for themselves, and they’re getting a really good mix, a balance between the musculature. And the so hopefully this is a really good way of thinking about the way your voice operates, the way your voice works when it’s going from low to high it’s not simply going [singing in rising tone] ah. There are songs where the voice is going [singing in rising tone] ah, and the dominance of the shortener is continuing.

You will have noticed, I would dare say that there are these cross over points and for guys I always identify these as one, two, three. The primary transitional points for a guy tends to be between their – in fact, it’s often their lower into the their falsetto for guys, the reason being is because their upper register tends to be rather underdeveloped in a lot of guys vocals and so this is an area that often needs to be worked on quite a bit. For ladies, I tend to turn these around, so I generally make – we identified this as a primary transition point, that movement between lower and upper and naturally it tends to happen around about G4, but in most belt activity we want that transition activity to happen later, we want that shortener activity to actually continue and actually cause – as you go into that upper register for that to be a transitional point later, and we called this the secondary and this is still the tertiary transitional point.

I hope you found that I really helpful for Miami rock voice lessons, it can be a little bit confusing – what I’m going to do is I’m going to give you some links to a couple of articles that I’ve written on this subject so that maybe you could start to understand a little bit better and, you know, how do you go using the language of chest voice and head voice? Does it get confusing for you or do you find that it’s relatively straightforward and this just complicates the issue for you?

Also check out this blog on how to play fingerstyle guitar thanks see you next time!

Make sure you fill in all mandatory fields. Required fields are marked *