Hi, I offer Miami acoustic guitar lessons and my name is Dyce Kimura. Today I’m covering the topic of Thinking out Loud by Ed Sheeran on acoustic guitar finger style; just like he does it. Before I get into the actual tutorial of the finger style, I’m going to play it for you [playing guitar], but I’m going to do it with Ed. So I’m going to play it for about a minute with Ed Sheeran with the recording and then I’m going to explain everything to you in terms of the parts and also the specific techniques. If you have questions later about how to get together, just keep going back to this next minute or so where I’m playing with the track. Here we go [Playing guitar and listening to Thinking Out Loud simultaneously]. 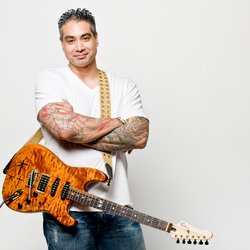 I get asked to teach this song a lot to beginners during miami acoustic guitar lessons.  because they really like this song.  And the beginners, it’s not just that they like the song and they want to play it but they like it ‘s going to be easy, so they think they can take it on. And there are elements that are very easy about this song. It’s very simple chords until we get to the end of that chorus [playing guitar]. We’ll talk about those tags later, but other than that the song is relatively easy. But there are elements that these fats are actually pretty difficult so I want to talk about that too.

So the next element of this song is that moving baseline. So with finger style in case you don’t know I’m playing the base with the thumb. I’m just grabbing those strings [playing guitar].See I just kind of claw into my hand, so I played my thumb on the root note playing guitar and with these one, two and three fingers I just pull up [demonstrating on guitar]. I did thumb one and then two and three in one shot [demonstrating on guitar] and then I come down with that thumb on the root which is the F sharp. I’ve had students they do like a technique where they put the pinkie and kind of stand it up on the wood like this [demonstrating on guitar]. This tends to be a really bad technique for finger style kind of gets you stuck in certain proximity which doesn’t give you a lot of freedom which you are going to want later. And it only seems to work in that absolute beginner category. If you try advanced to intermediate you’re going to be stuck you’re your pinkie on the guitar and you’re going to be wishing you had invested all that time and energy practicing on a different technique that would give you more freedom.

So if you can, just anchor your hand. You’ve got your arm and you’re resting it on your guitar and that’s going to be your reference points as to where the strings are. You just rest your hands on the strings and I’ve got one, two and three I just rest them on the lighter strings and then my thumb I’ve got it rested here [demonstrating on guitar] and I play that moving baseline [playing guitar]. Notice how much I apply my thumb [playing guitar].

Some people think finger style is done – usually I do finger style with these four fingers, the three fingers and the thumb. I love to expound on finger style during miami acoustic guitar lessons.  But it’s not 25%, 25% and 25% distribution. I would say that the thumb gets like 35% to 45% of the action in terms of the notes that I pluck. So I play a lot more thumb baselines and the bass notes. I don’t to just play bass notes, but I play bass lines [playing guitar]. So if you watch me move it’s a lot like the way I play the thumb. I think of like playing on 60s doo-wop [playing guitar], at the least with this song. These chords are really refreshing and he does it kind of based on almost like this 60s doo-wop kind of RnB kind of vibe, which is really cool. 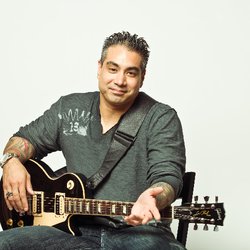 So I use the thumb. I’ve seen people with the thumb in miami acoustic guitar lessons and they really go overboard with reaching the thumb all the way. I want you in your mind try to just hit barely enough to hit that string [playing guitar] that’s it, just a little bit. I’m going to move on. Some of the techniques you may still have questions feel to email me or contact me for a session on Skype, but I’m going to move on for the sake of the rest of the song that I want to get to.

But anyway, back to Ed Sheeran, so we got [playing guitar]. And stylistically, Ed Sheeran, he does have a guitar style I would say. He is more of a singer than a guitarist, but he does have a guitar style. And a lot of that I’m recognizing in him he does that pop and he really maximizes it. You’re going to notice that you can’t get a really nice pop unless your amplified and so with being amplified you put reverb on there and then you get a really nice loud percussive sound  [playing guitar] that could almost be – it’s very distinct for me I hear it a lot in Brazilian jazz and I love to cover this topic during my miami acoustic guitar lessons.  If you want to learn more about acoustic guitar string manufacturer choices click the link.  That’s another style in music that uses that pop a lot. But Ed Sheeran, he uses it to whatever degree and it’s there in the pre-chorus. It’s also there a little bit in the verse if you can hear it. So in the pre-chorus we are introduced to our first bar chord of the song which is a B minor [playing guitar and singing]; that’s how he transitions into that. On the B minor [playing guitar] we’re just doing a bar chord on the second fret. If you don’t know how to do a bar chord this song might be a little more challenging than you thought. Like I said in the beginning there’s a little more to this than beginners give the song credit for.

You can go to YouTube and if you type in on YouTube drum machine online 70 you will get that beat. That’s the best I can give you for now. If you’re an absolute beginner  and you are taking miami acoustic guitar lessons, you’re going to need a lot more coaching for this section. I’m not going to spend a whole lot of everyone else’s time watching a video focusing on the absolute beginners. But feel free to comment if you have questions I’ll try to answer them as best I can or you can email me at dyce@dycekimura.com or hit me up for a Skype lesson. But basically our chorus is [playing guitar and singing]. If you can, just work on that group.

So if you get a good drum beat – I’m going to put on 80 bpm, 80 beats per minute like this [playing guitar and drum beat]. And if that’s too fast, just slow it down. By the way, I just want to talk about how much I appreciate Ed Sheeran as an artist I really like him he’s refreshing. I heard David Grohl say in an interview “if the chorus of the song is about your butt, then you need to work on your depth and lyrical content”. And of course, Jennifer Lopez came out with a song with Iggy Azalea about how big her butt is and that’s the whole chorus. And so it’s kind of disappointing when you hear stuff like that on main stream radio, but then you hear Ed Sheeran talking about – he writes this clean song with his 60s doo-wop beat talking about how he’s going to love this girl forever and they’re going to get old together. And even in the video they are dancing – they are dressed in formal clothes like ballroom dancing kind of thing and they are taking more of a contemporary modern feel, but it just has such a good down-home appeal to me. I worked full-time in the music industry doing miami acoustic guitar lessons.  I mean, I’m married and everything – I see that and I just think it’s great to see wholesome clean lyrics and playing acoustic and bringing back like a 60s RnB kind of groove and then talking about falling in love. It’s great to see Ed Sheeran in his early 20s singing about that and having that as something that is on main stream radio that 14-year-old girls are listening to as opposed to songs about your butt.

So I would love to hear from you. If you would like to learn more about how to get good at guitar click here.  I would love to hear your comments. I do read all my comments and emails and I respond to everything I can and so feel free to subscribe, like or share the video and I will see you next time.  Thanks so much.